You love playing the acoustic and want to record yourself? Here's a guide to help get started.

Anyone can pick up some gear and pull it off, but there are certain details to consider if you want to stand out and shine.
We'll illustrate the essential ingredients and steps you need to achieve great results.

Prepare yourself and choose your guitar

Should you use a condenser or a dynamic microphone for acoustic guitar?

Microphone choice largely depends on the sound you want to achieve, as well as on the condition of your recording space. While we recommend a small diaphragm condenser mic (LCT 040 MATCH, LCT 140 AIR), you can also go for a "bigger" sound and use a large-diaphragm condenser (LCT 440 PURE, LCT 441 FLEX) or go the other way and employ a dynamic microphone (MTP 440 DM). 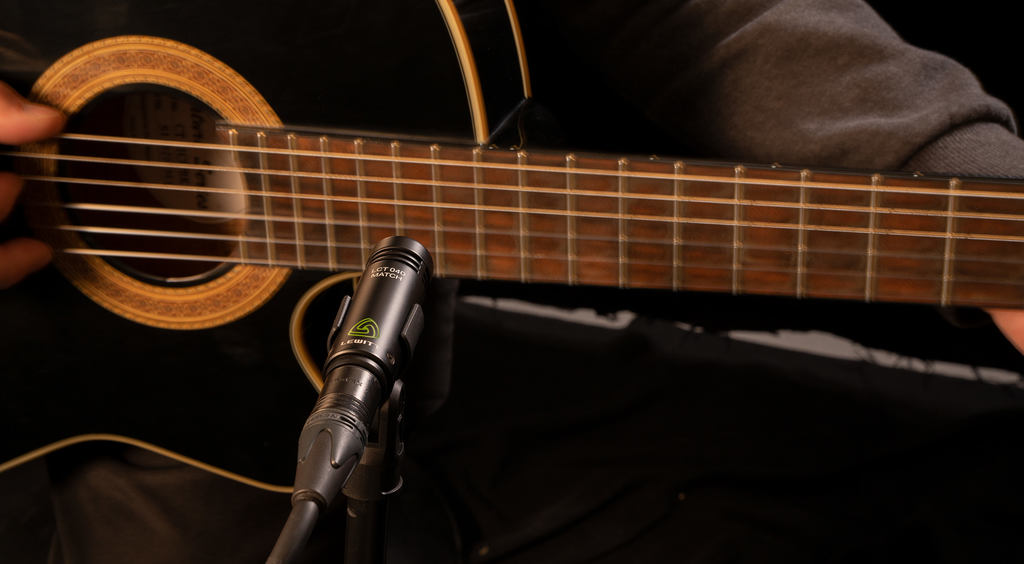 Find the right place to record

How mic placement affects the recording of acoustic guitars

Here's a great video by Jay Leonard J for those looking for a few different methods of micing an acoustic guitar.